https://www.pennbets.com/wp-content/uploads/2018/07/2018_07_30_15_20_23_Window.jpg
Published on August 30, 2018 2:50 am
Author Shane Lawrence
Share Article
The Pennsylvania Gaming Control Board (PGCB) on Monday revealed that the owner of Parx Casino is the second applicant for the state’s online gambling licenses. Greenwood Gaming Entertainment, the owner of the casino, hopes to offer the sports betting services at the Bensalem casino as well as at the off-track betting parlor it owns in […]

The Pennsylvania Gaming Control Board (PGCB) on Monday revealed that the owner of Parx Casino is the second applicant for the state’s online gambling licenses. Greenwood Gaming Entertainment, the owner of the casino, hopes to offer the sports betting services at the Bensalem casino as well as at the off-track betting parlor it owns in Philadelphia.

This move follows its successful bid at launching online gambling in the state. As such, in the likely case that Greenwood Gaming & Entertainment will have two retail sportsbooks in the Keystone State in addition to the online betting offering. This also means that the operator is still willing to pony up the $10 million sports betting licensing fees and 36 percent effective tax rate on the revenue.

“This collective past experience and success clearly renders GGE qualified to conduct sports wagering. Based on its performance to date, there can be no doubt that the conduct of sports wagering by GGE will significantly expand the positive economic impact the casino currently provides to the Commonwealth, its municipalities and residents,” read a statement by Greenwood Gaming and Entertainment

The Keystone State expects a boom in job creation due to the new development especially if everything goes as expected. From the buzz that we have been receiving, Parx Casino would like to be up and running in the near future, or at least before the football season ends.

“Finally, GGE respectfully urges the Board to review this Petition and grant its Certificate expeditiously so as to enable GGE to commence sports wagering in a timeframe that enables it to capture as much of the popular fall sports seasons and events as possible,” Parx said.

About 30 days ago, Parx Casino and online gaming software developer GAN announced that they had inked a multi-year deal to offer sports betting, setting the ball rolling on the state’s sports betting industry.

“By leveraging GAN’s platform, Parx Casino will have the opportunity to launch retail and online regulated sports betting together with online gaming in Pennsylvania later this year, subject to the regulatory approval of the PGCB [Pennsylvania Gaming Control Board],” reads a statement that was issued by GAN.

As mentioned earlier, regardless of the exorbitant fees, Greenwood Gaming & Entertainment might actually be ready to take more chances on the state’s online gambling scene, that is, in both interactive gambling and sports betting sectors. Still, there are a few questions to be answered but the companies are reportedly working overtime to make sure the return is worth the huge investment they will be putting in. 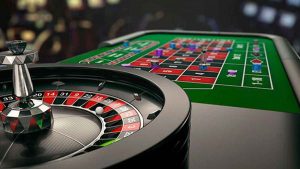