pngaming.com
Published on March 30, 2020 8:25 am
Author Heidi Specter
Share Article
On March 27, renowned gaming operator Penn National Gaming Incorporated announced that it would be implementing additional measures in a bid to mitigate against the impacts of the COVID pandemic. The company’s management stated that the moves were unavoidable particularly because of the uncertainty regarding when things will go back to they were. Therefore, there […]

On March 27, renowned gaming operator Penn National Gaming Incorporated announced that it would be implementing additional measures in a bid to mitigate against the impacts of the COVID pandemic. The company’s management stated that the moves were unavoidable particularly because of the uncertainty regarding when things will go back to they were. Therefore, there no indications that the company would be able to bring in “meaningful revenue in the foreseeable future.”

All of its properties across 19 states have already closed down just like many other gaming operators in the country. Now, the company has announced that it would furlough 26,000 of its employees across the United States beginning April 1.

The company promised that it would continue to the employees their full wages and benefits up until March 31. Medical benefits will, however, still be maintained for furloughed employees through June 30.  An emergency relief fund has also been put in place.

“With all of our 41 properties in 19 states temporarily shuttered, like many others in the gaming and hospitality sector, we are making difficult decisions to help preserve our liquidity and ensure a brighter future for our company’s team members, customers, shareholders, and other key stakeholders.”

In the Keystone State, Penn National has over 3,000 employees and a huge chunk of them will be affected by the furlough. Across the country, less than 850 mission-critical team members will be left.

The 26,000 employees who will be going on a leave of absence are not the only ones that will feel the pinch of the company’s new change. According to the announcement, Penn National’s Corporate leadership will also be taking cuts. This will apply to the CEO as well as the remaining property and corporate leadership.

The announcement further revealed that the Board of Directors has elected to forgo any of their cash compensation beginning April 1. All of the measures will remain in place until such a time that all of the company’s properties have returned to normal. With all of the uncertainty pertaining to the spread of the coronavirus, this will definitely take a while.

One other significant announcement that Penn National made last Friday was that it would be selling its Tropicana Las Vegas real estate assets. The sale will include both the land and the buildings. Gaming & Leisure Properties, the buyer, will be paying a total of $337.5 million in “rent credits”. This basically means that Penn National will still be operating Tropicana with all of the credits being channeled towards future rent payments.

As expected, the decision to sell is also part of the company’s efforts to reduce its operating expenses amid the economic crisis caused by the pandemic. However, the decision to sell the property will have certainly have long-term positive impacts especially because it will help in “reducing liquidity pressure in terms of rent obligations.” 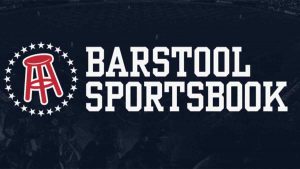